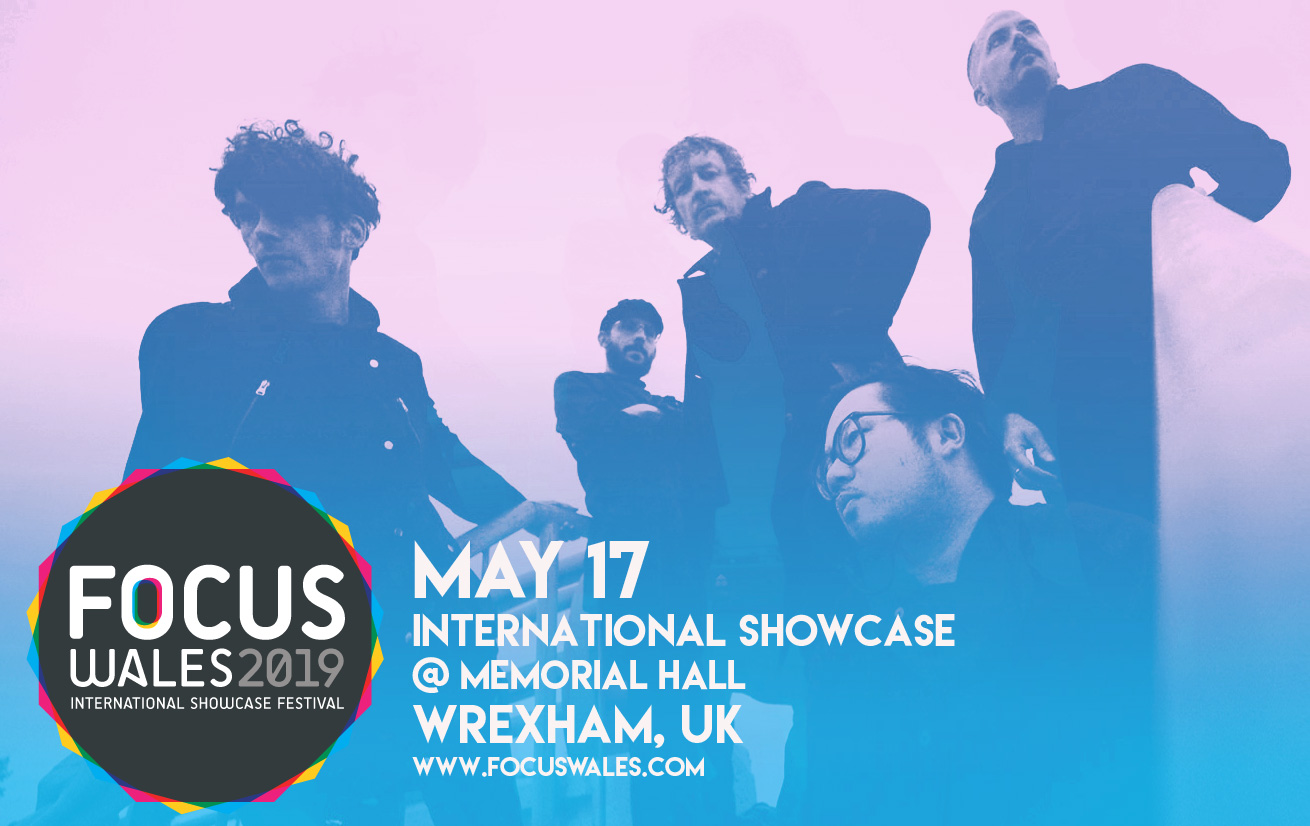 The High Dials will be showcasing at FOCUS Wales 2019 on May 17 at Memorial Hall in Wrexham. Catch them shortly after headliners Boy Azooga, recent winners of the Welsh Music Prize.

Doors are at 7:00pm and you can get tickets HERE.

This is the 9th edition of the international conference and festival that welcomes about 10,000 music fans and industry types to Wales each May.

It’s the band’s first return across the pond since their 2014 tour of the UK and Ireland.

The song is a world-weary take on rock n roll’s promise of eternal life (“so far, it hasn’t killed me”) that pays unexpected tribute to the Bee Gees over echoes of 60s garage and 90s shoegaze, with loud and proud Latin percussion and timpani throughout. Stream it here!

A limited number of CDs and signed cassettes are still available through Bandcamp. 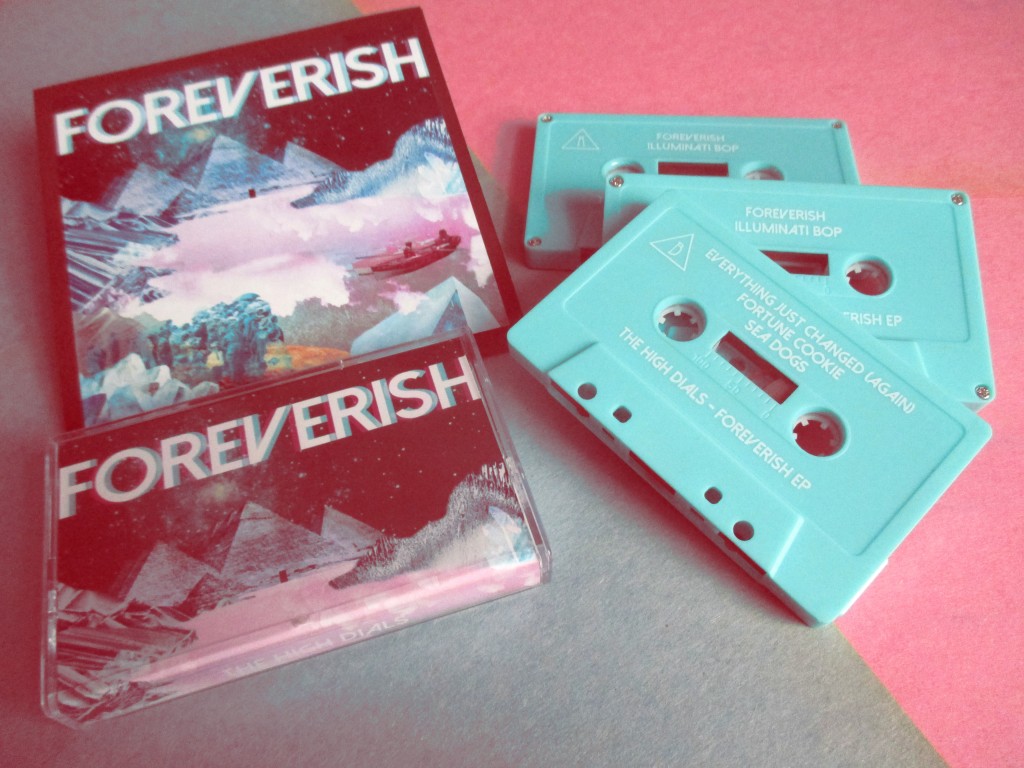 The High Dials are excited to announce the release of their first new music in three years – the FOREVERISH EP!

FOREVERISH will be available digitally via all major platforms worldwide on Nov. 30. A limited number of cassettes and CDs will soon be available via Bandcamp (get them before they’re gone forever – no ish about it).

FOREVERISH is available for PRE-ORDER now and your purchase goes directly into the band war chest, from which they will finance further productions for your listening pleasure. Support culture – it’s good karma!

This EP is the first of a series of new High Dials releases to come, with a full-length album expected in spring 2019.

Fans in Montreal can catch the band live on Nov. 23 at Quai Des Brumes where cassettes and CDs will be available for the first time.

After a two-year writing hiatus, the band is back!

A new line-up features familiar faces Simon Quevillon on bass and Max Hebert on drums, both of whom played with the High Dials in Mexico and Colombia. Max was drummer on the albums “Moon Country” and “Anthems For Doomed Youth”.

The new-look band takes the stage on Sept. 20 in Montreal – don’t miss this first glimpse of songs from their upcoming EP and album. 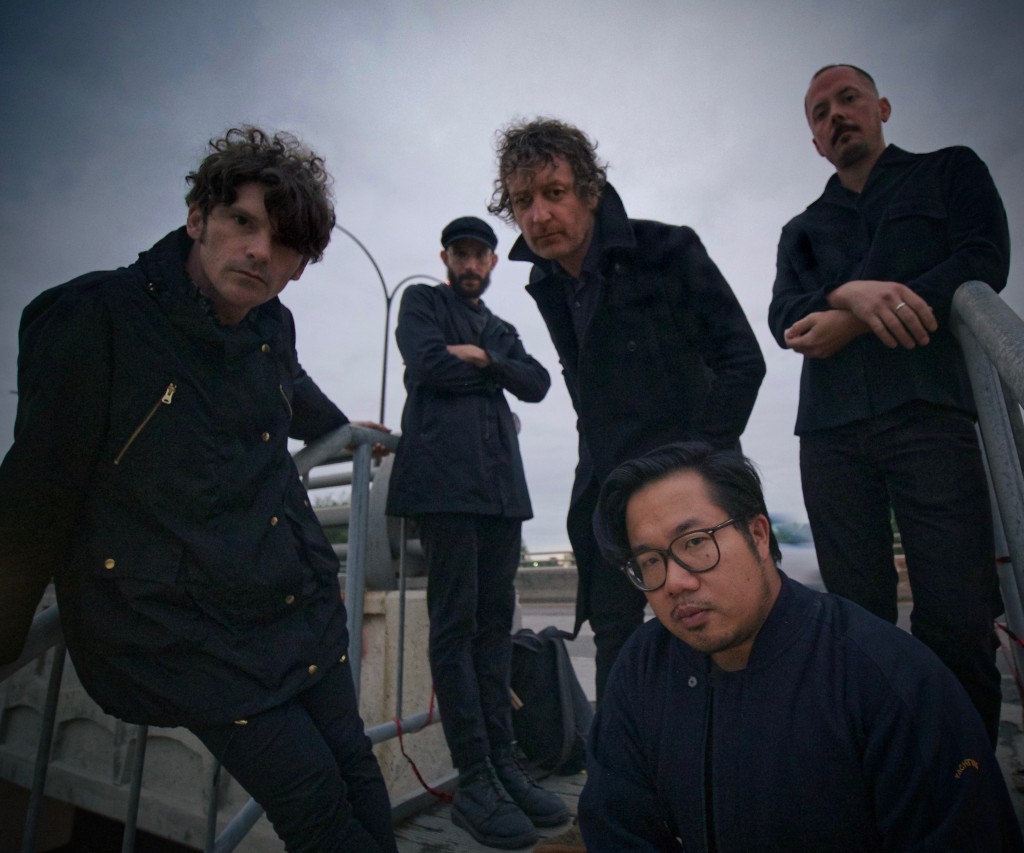 All is quiet on the High Dials front – band members pursue different projects but still meet up for beverages and comeback plans. A new album is promised. Stay zen and watch this space for an announcement, we hope soon.

Meanwhile, Trevor has quietly released a first solo record  – available on all digital platforms. Titled “Sphaera – Music From the Film Let There Be Light”, it features bits of the score to the aforementioned documentary but is also a concept record in its own right, “a kind of romantic space opera about the heavenly bodies – stars, planets and such, and the feelings of love and terror we feel beneath them.”

The album features moody balladry interspersed with mellotron-heavy orchestral suites, many of which feature in the Eye Steel Film documentary “Let There Be Light”.

“Let There Be Light” is an Eye Steel Film documentary about attempts to recreate the sun on earth for fusion energy. It has featured in festivals worldwide since its spring 2017 release, including SXSW, Hot Docs and Docs Barcelona, winning the Artistic Vision Award at Big Sky Festival.